This incredibly tender marinated flank steak is the ultimate combination of sweet and tangy.  The whiskey and soy in the recipe is the perfect combination of east meets west! 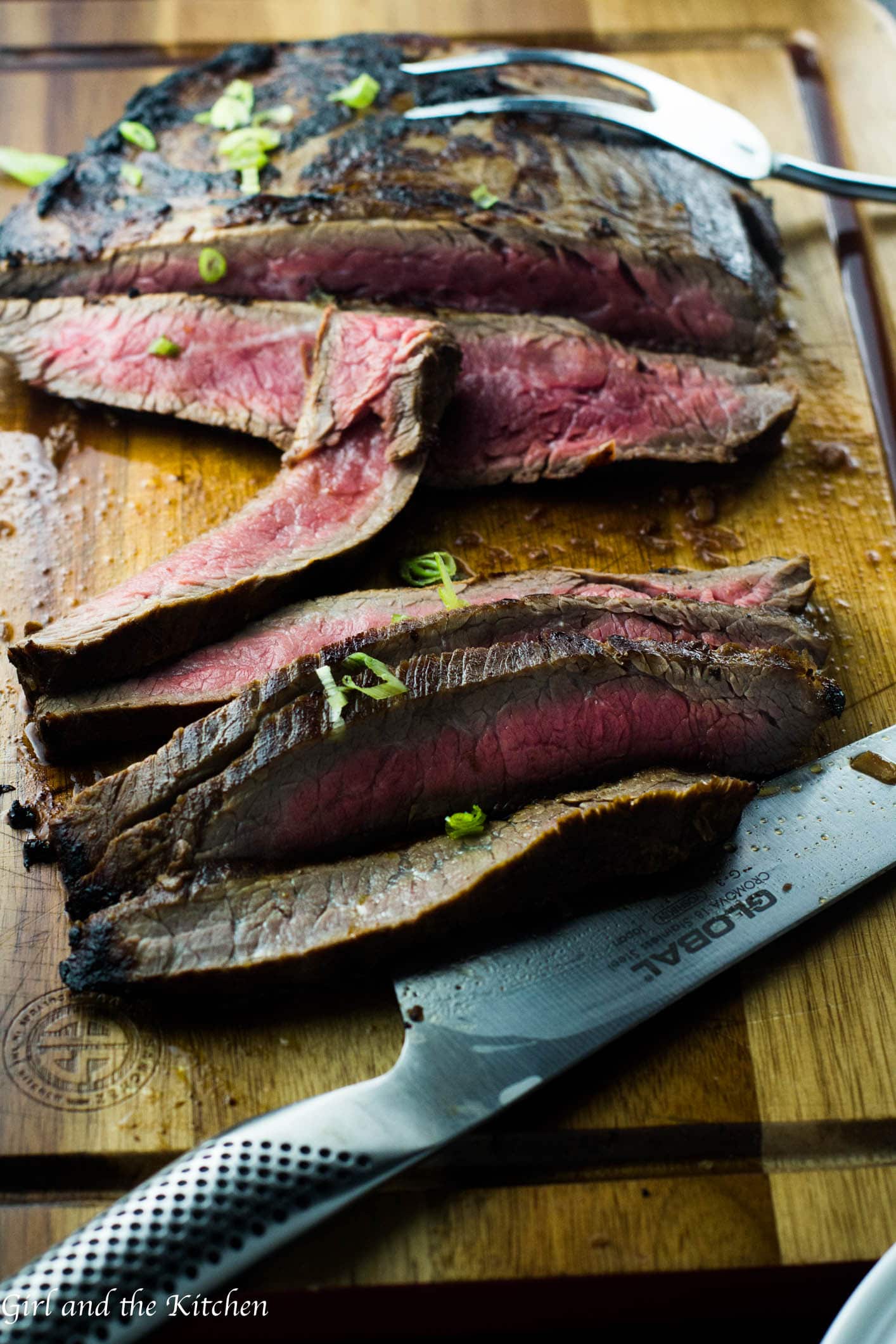 I am a full believer in buying the best possible meat and produce that I can afford and that can get my hands on.  It may be pricy but meat should be consumed in smaller amounts anyhow and personally I would rather have a small amount of something superb than a large platter of mediocre, antibiotics filled crud.  Sorry that is just my humble opinion.

A few months ago my sister in law, Angela and I had a conversation about possibly buying a large amount of meat in bulk from a local farm and stashing it in a deep freeze.  This conversation really peeked her interest and without wasting a beat the next day she found a farm, ordered a deep freeze and got herself 1/2 of a cow.  Angela is a go getter, once she likes something you can consider that it will be done the next day.

She could not stop talking about the quality of the beef and to be quite frank I was keen on the idea of buying from a farm that let its cows graze its green acres and live out their lives peacefully at least.

She had made me a believer and so I contacted this farm, that seemed to be a bit too good to be true to my cynical mind.  I received a reply relatively quickly and was very happy to speak to Bill, the owner of Crestwood Family Farms. 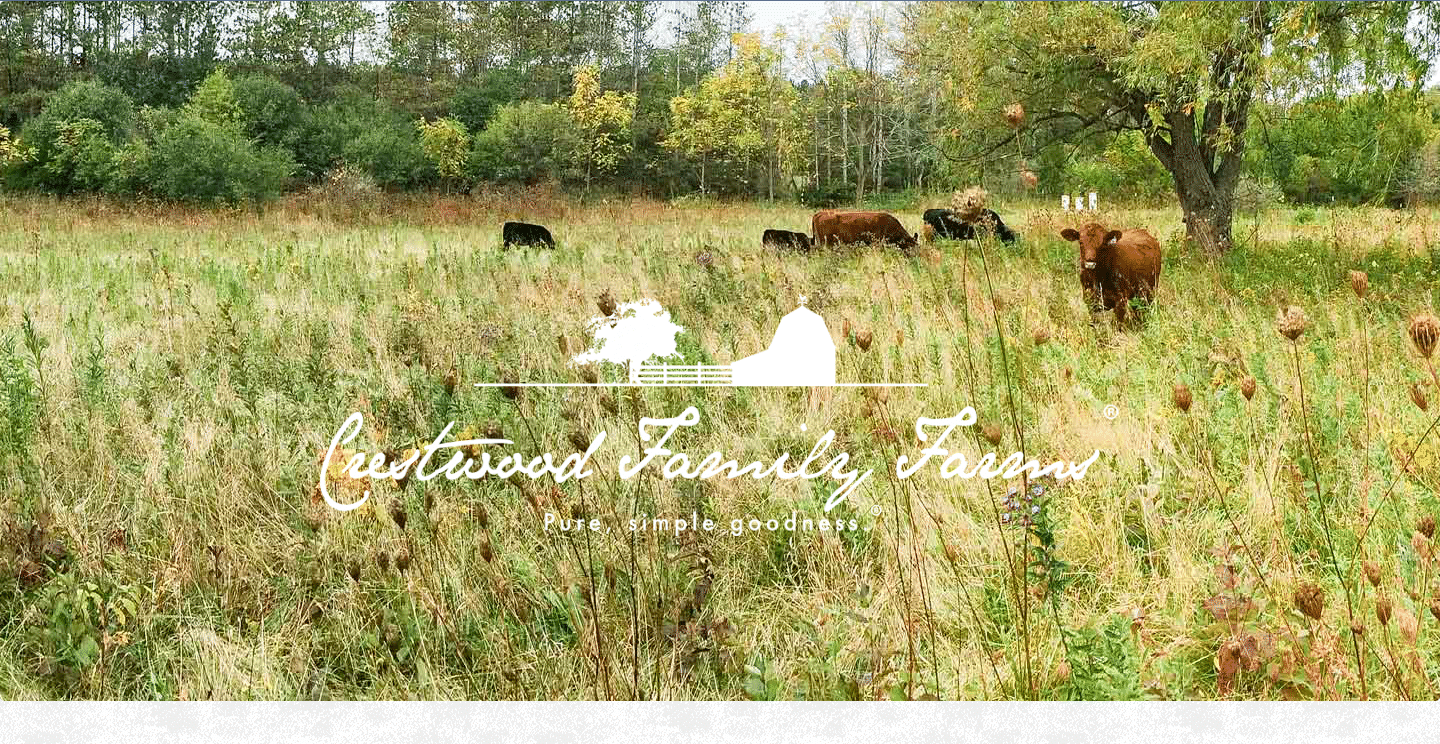 Bill was as excited as I was when we started chatting.  Crestwood seemed to stand for everything I believed in.  They were a fairly young operation and did everything according to their passion.  They believed in treating the animals right, in preserving their environment and working in an ecologically correct way to enrich the land for their animals and bees.  Their animals are raised on a grassfed diet as they graze acres and acres of land.  The best part is, they believe that the long term habitats of the animal are just as important as the profit margins.  In today’s day and age when dollars and cents rule it’s rare to find a company that believes in their animals’ and ecological well being more than the profit and margin spreadsheets.  Bill and I virtually shook hands and closed the conversation.

A few short days later, I arrived home and had a beautiful basket of goodies from them!!!  Filled with grassfed beef products, natural bacon, natural sausage links and an assortment of sausages, raw honey and free range hen eggs. 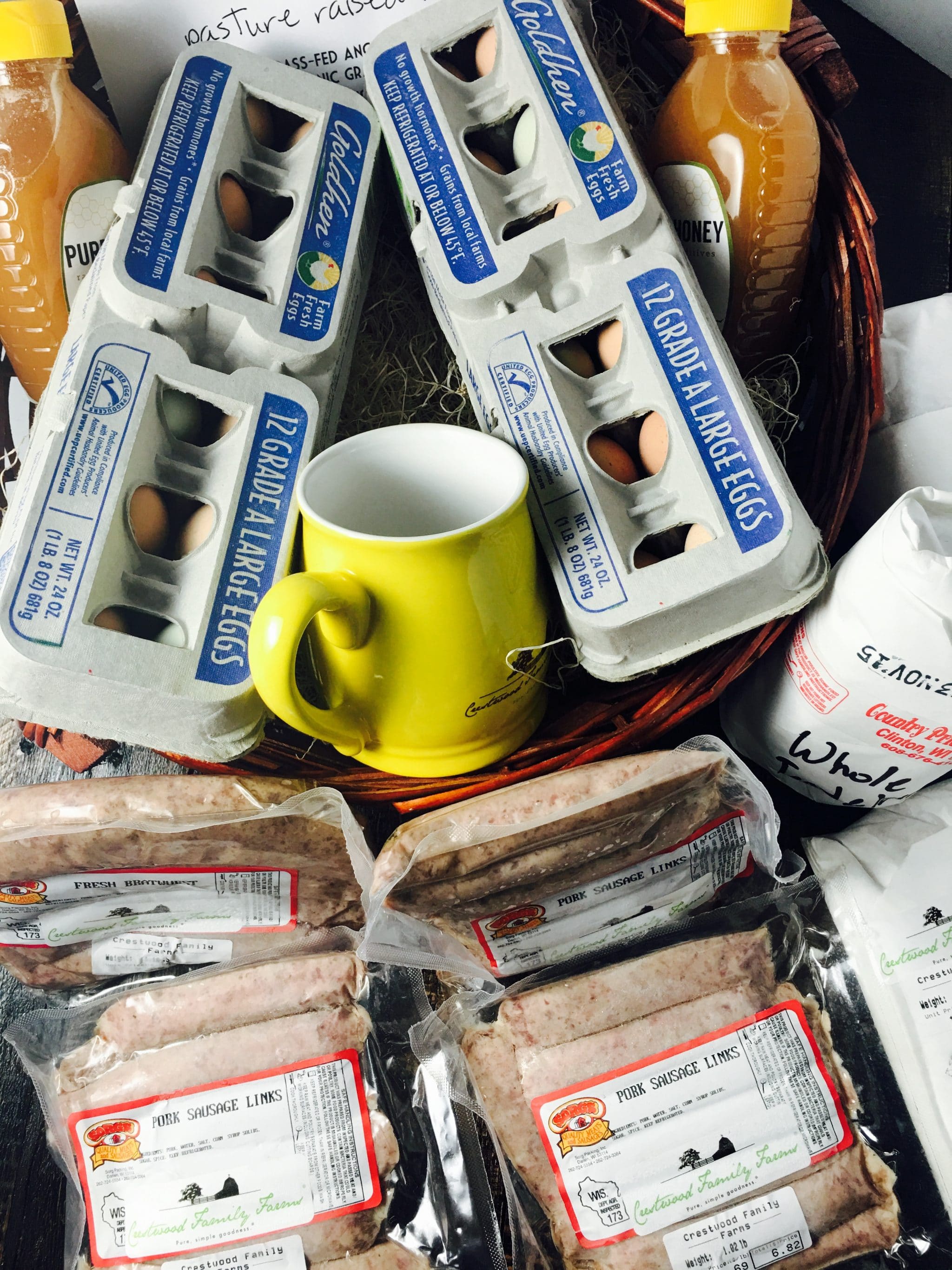 Hubs was pleased with this shipment.  I asked him what he wanted to eat first and with a bewildered look in his eyes he said, “Steak and whiskey… I want both.”  The next few hours seemed like a blur.  I spun through my kitchen grabbing things from the pantry, the fridge, googling, searching for the perfect marinade until finally, like some evil marinading scientist I had found what I was looking for. 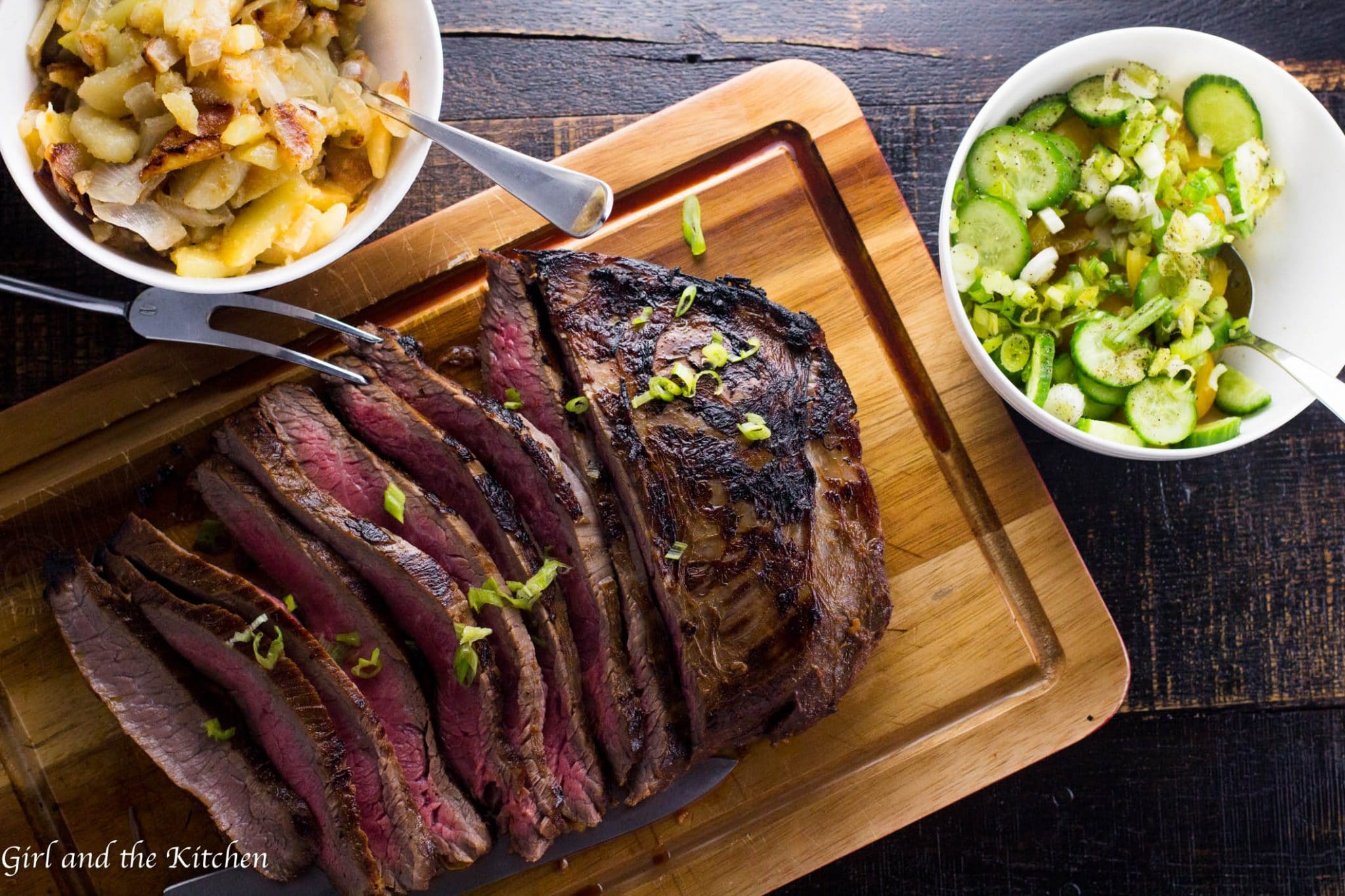 “Score!” I yelled from the kitchen after licking the 8th marinade off of my finger for what seemed to be the 100th time.  It was perfection.  Loosely based on my other flank steak marinade  I had added whiskey to a fabulous combination of soy and balsamic vinegar and it was divine.

I served it up with a really simple cucumber and tomato salad and some lovely Russian Home Fries, because that was to be my dinner 🙂 Hubs ate it up with much glee 🙂 And munchkin and I devoured the potatoes and salad hungrily.

“Babe this is soooo tender and juicy!!! And I can actually taste the whiskey! A+!”  The hubs announced with a grin on his face.  I looked at his plate and noticed the juices coming out of the steak…it was indeed juicy.

The key of course to a flank steak is cutting it the correct way.  I talk about it a bit more in my Asian Style Grilled Marinated Flank Steak. 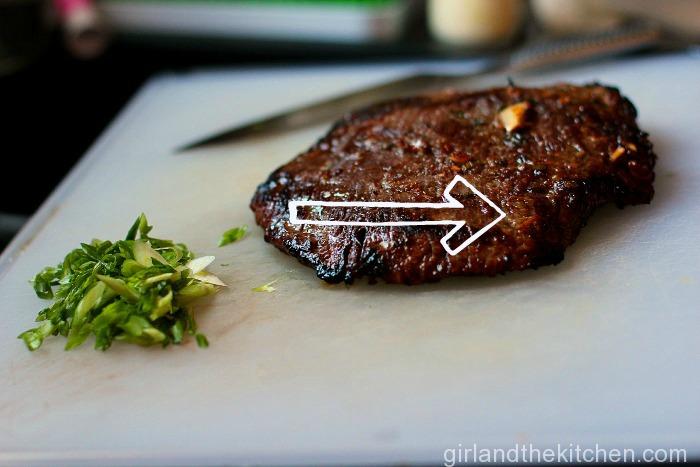 So Bill and the fine folks from Crestwood Family Farms, I would like to thank you for enriching my husbands’ life with your wonderfully tender and flavorful products!  You have made my husband quite full and happy and have made a friend in me 🙂

This incredibly tender marinated flank steak is the ultimate combination of sweet and tangy. The whiskey and soy in the recipe is the perfect combination of east meets west!

Get more delicious in your inbox!

Hey! It is nice to meet you!

The cat is out of the bag!!!! I’ve been holding

Woah. What a year. I started out last year with a

I know ... Christmas Eve is around the corner... a