These extremely flavorful and tender vegetarian tacos made with Quorn Chikn Tenders are perfect for a meatless meal!  Loaded with savory and spicy veggies, crispy cabbage and an avocado and cilantro cream this will make any week night seem like a night out in a Mexican taco stand…minus the grease! 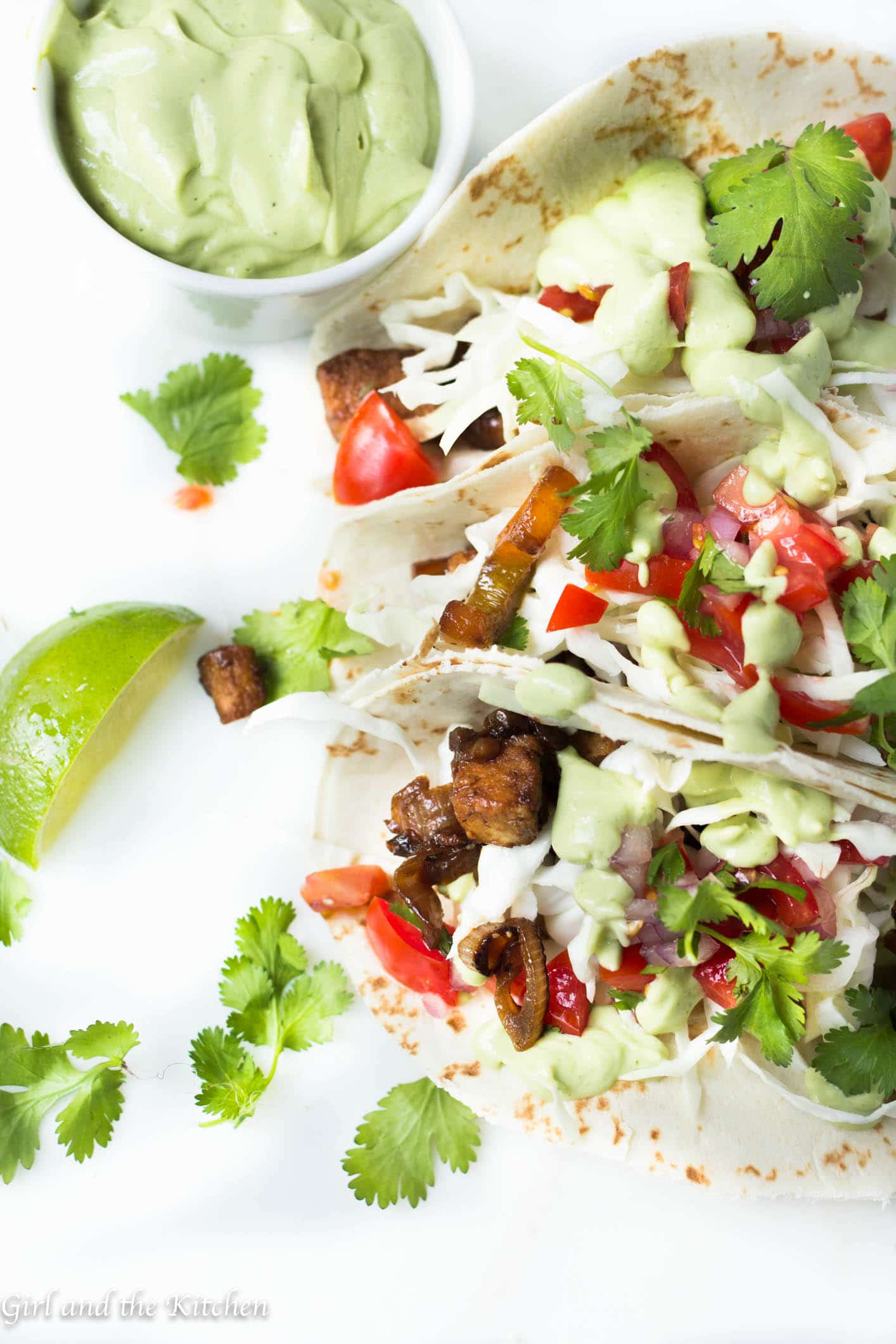 A few years back I took the hubs on a trip to California for his birthday.  We flew into chilly San Francisco for a day and then made our way down the coast on a convertible to Big Sur, stopping off at Carmel and Monterey and ending up in Venice Beach, our final destination.  An area that seems questionable when the sun goes down and the figures in the night start to appear with a very familiar “herby” smell in the air.  To the average person this erie place may seem overwhelmingly odd but if you look past the bums and the strange smells you see the beauty of a city that to this day holds an entire book of history and most importantly some of the most incredible murals I have ever seen. 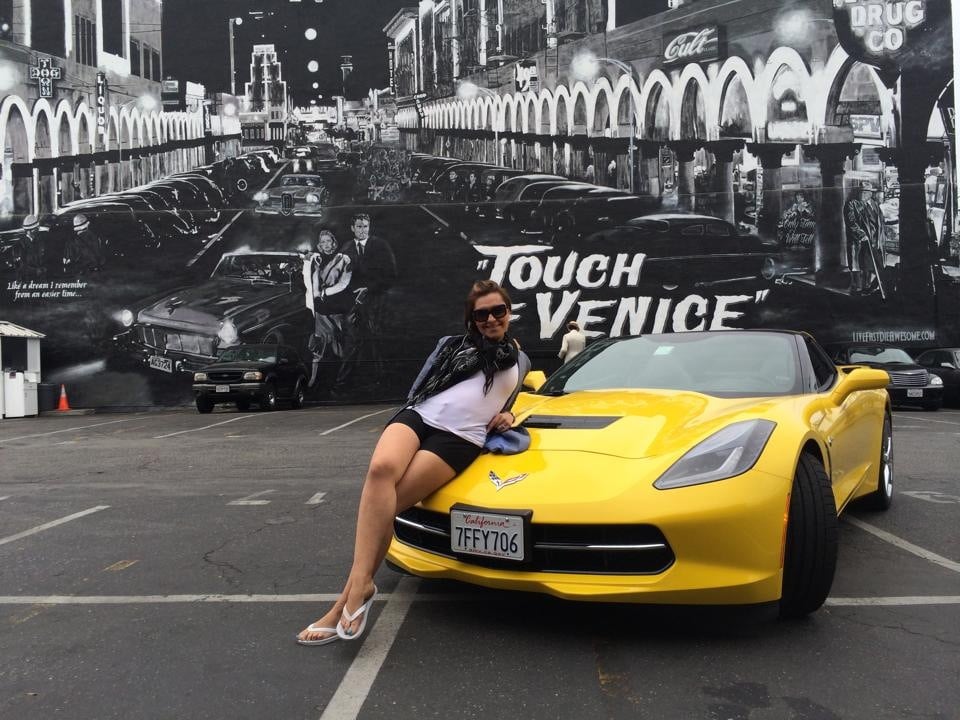 Yes..I am a poser. This is one mural out of many that paints the backs and buildings of Venice Beach and tells its stories.

We had arrived to the sights of Venice Beach around 1am, after driving for about 13 hours from Monterey.  We were given a “nice” tip by one of the locals to go turn off of the 101 (the most famous road in California with scenic views) and got through side roads to avoid the typical Friday night traffic that we would be expecting as we approached LA.  As the roads started winding harder and the sun was hidden by the clouds at the tips of the mountains, we were greeted by the most incredible coastline I had ever laid eyes on.  Big Sur, certainly held up its end of the bargain, we were speechless and our breaths were certainly stolen from us.

Around 10pm, two hours past our GPS’s initial approximate arrival time, we realized we were still miles and miles away from LA and from the looks of the mountains in front of us we were mildly screwed.  I contemplated stopping over in a hotel over night and then just driving the remaining 2 hours to the hotel in the morning.  But the hubs was determined and we agreed to grin and bear it.  We downed two Red Bulls, put the top of the convertible up and he turned on some hardcore Metalica to get us through the twisties we were about to attack.  Two hours later, after attacking twisties in the mountains and surviving the 405, the famous 5 lane highway into LA, we had arrived into Venice Beach at the ripe hour of midnight.  And despite how exhausted we both were, the hubs insisted that we go explore Venice Beach, but most importantly grab a bite to eat from the taco truck he saw around the corner.

We strolled down the streets of Venice Beach suddenly very much awake despite the treacherous drive we had just endured.  We heard random singing bellowed out from dark alleys, we saw groups of people huddled at corners, people both young and old, enjoying the sounds of the beach and the warm breezes of the night.  We walked through the streets, hand in hand, past the bars pumping out karaoke music with tired patrons singing along badly to their favorite classics, stopping to look at the murals displayed on many of the buildings and carried on further down the street towards are final destination: the taco food truck.

The taco truck had a line of people in front of it.  At 1am, there was a storm being cooked up in the tiny truck and a loud and eccentric group of people were all hungrily awaiting their late night taco fixes.  The hubs ordered 3 different tacos: steak, chicken and pork.  I nibbled on a few of them and was shocked to discover how tasty they were.  They were super savory, deliciously tangy and had the perfect kick to it.  Perhaps it was the middle of the night hunger or maybe it was the drizzles of the spicy and tangy crema on to…but those tacos were good…damn good.  So good that shortly after we had gotten our sampling of the taco goodness, the taco truck rolled away with a huge “Sold Out” sign on the back, leaving a crowd of disgruntled and hungry late night partiers in its dust. 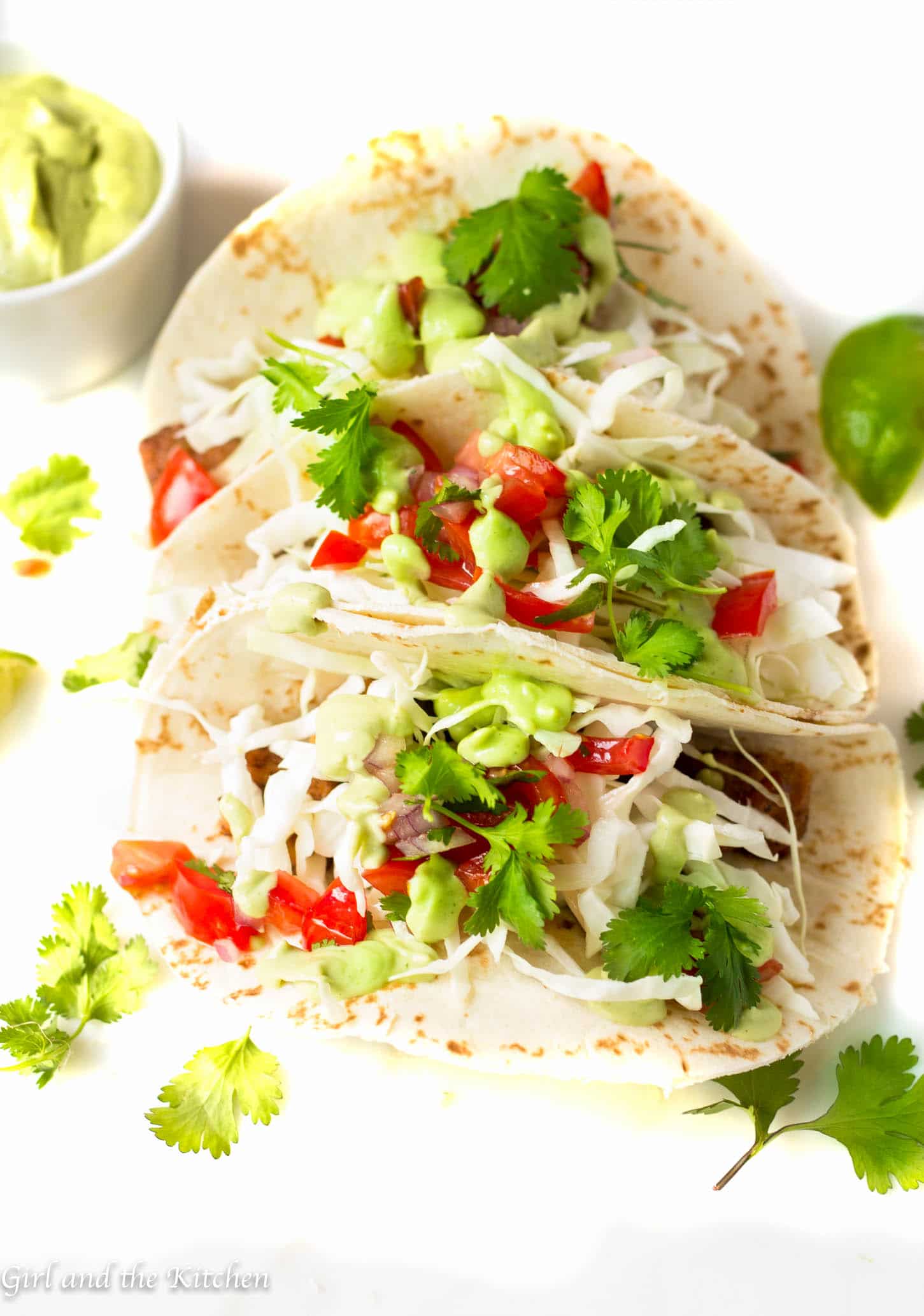 I have created my version of these street tacos many, many times.  And here’s my not so humble brag: they are awesome.  As awesome as the food truck tacos.

One of the keys to the flavor behind these tacos is the spice mix I use when sautéing the meat.  My spice mix is incredibly easy and made with ingredients found in your everyday pantry, but the combination of these special spices makes these tacos ridiculously and unforgettably good.

Chef tip: Make a double batch of the spice mix and keep it for other taco or fajita nights!

In my attempt to preserve the holiness of those very same tacos, I tried to recreate a healthier version of their crema using mostly avocado and just a touch of sour cream.  The biggest change to these tacos though is the fact that they are meat free. 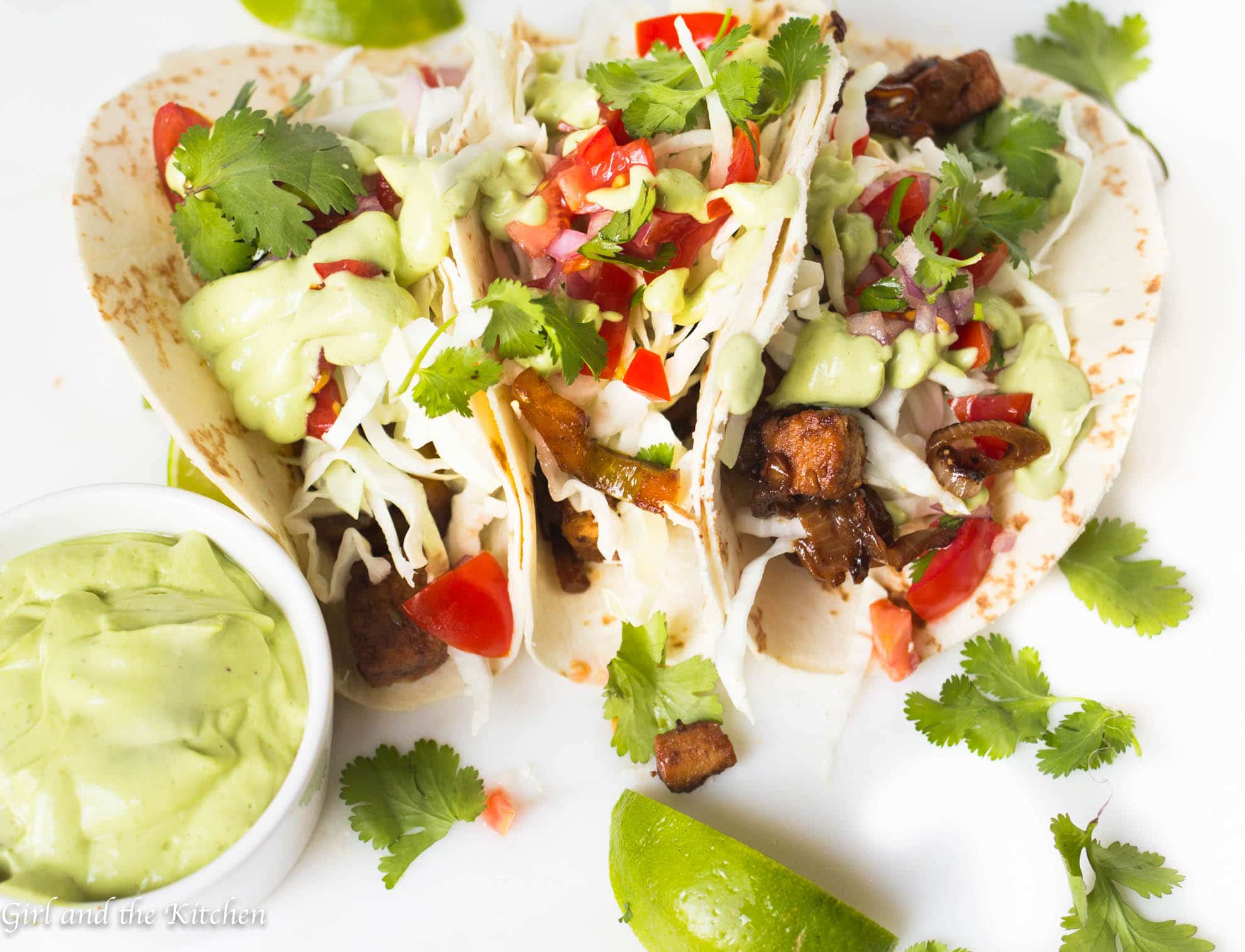 Yea I said it…I did it…I made meat free tacos and actually ended up fooling my friends and their picky teenagers into eating “chick’n” tacos made with my favorite Quorn “Chik’n Tenders”   My friends all loaded up their soft flour tortillas with sautéed peppers and onions, loads of finely shredded cabbage, spicy pico de gallo, avocado crema and my uber flavorful Chik’n.  They all commented how tender and soft the chicken was and ended up choosing them over all the other proteins on the table.  Once I revealed that this was faux chicken they all stared at me, shocked for a moment and then continued chewing.  Vegetarian or not these tacos will rival any taco stand, any day.

Want to complete this meal?  Pair them with this fantastic quick and easy restaurant style Mexican rice!  It’s perfection in a bowl! 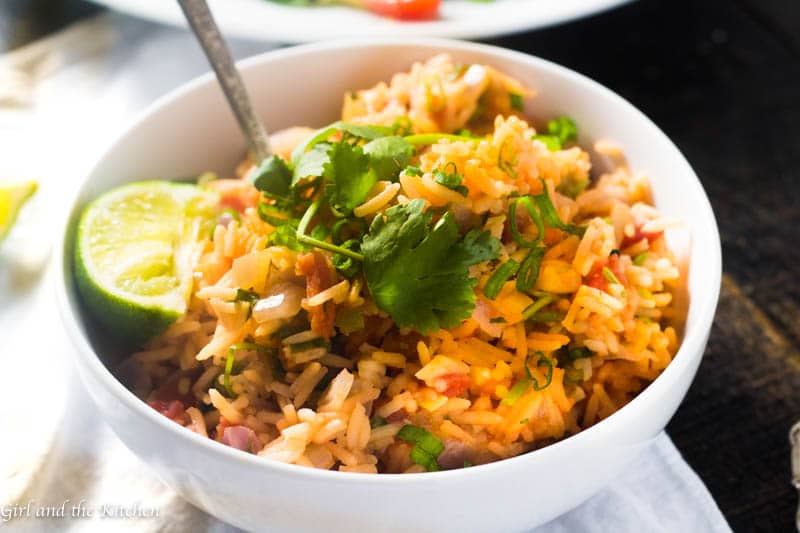 Or add on my Chipotle Lime Oven Roasted Cauliflower as the perfect side to these savory tacos! 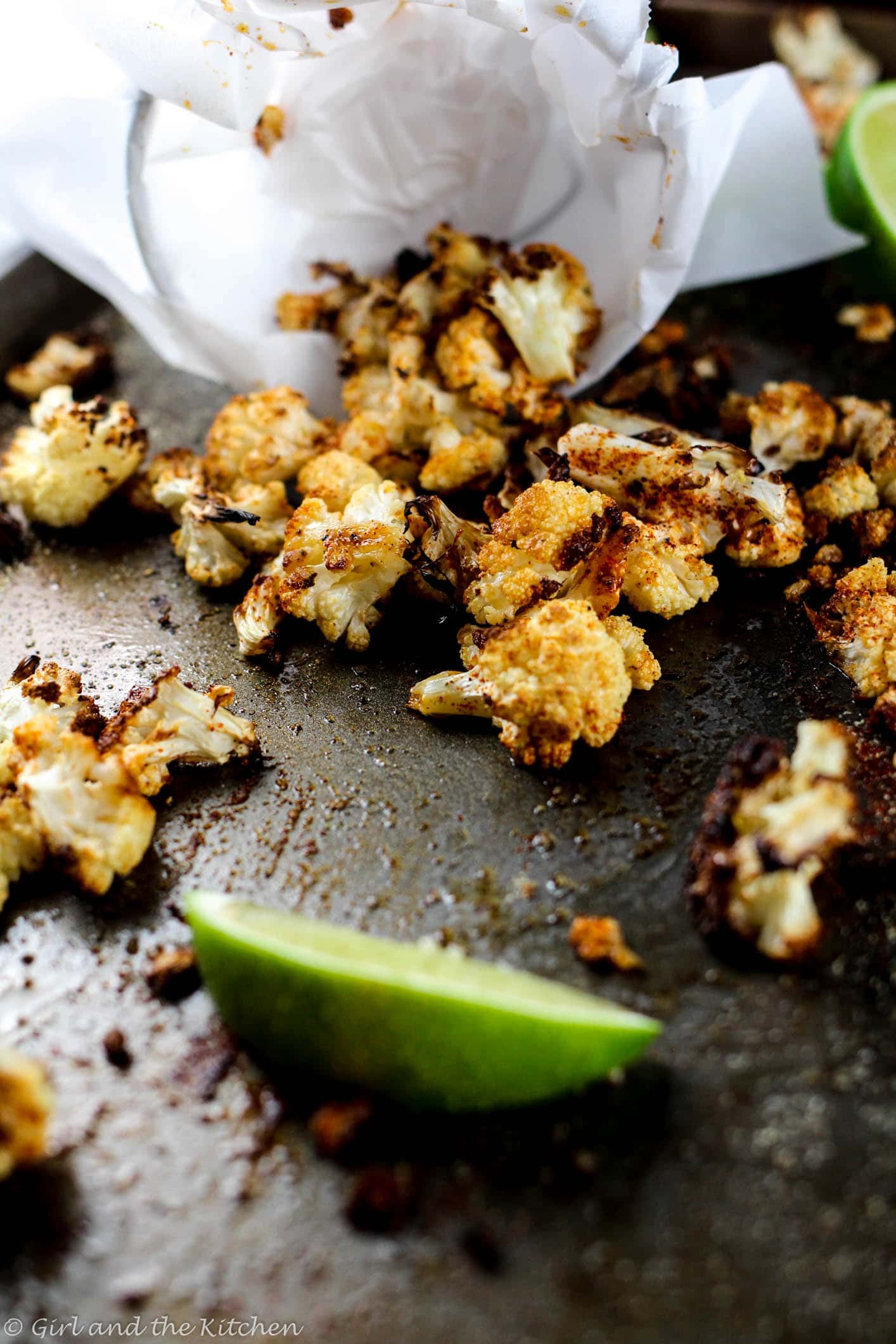 Take this taco night to the next level with this awesome feast! 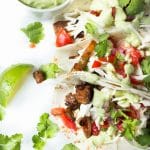 These extremely flavorful and tender vegetarian tacos made with Quorn Chikn Tenders are perfect for a meatless meal! Loaded with savory and spicy veggies, crispy cabbage and an avocado and cilantro cream this will make any week night seem like a night out in a Mexican taco stand...minus the grease!
Print Recipe
CourseVegetarian
CuisineMexican
Prep Time10 minutes
Cook Time15 minutes
Total Time25 minutes
Servings4 people
Calories223kcal
AuthorMila Furman

Make double of this spice mix and use it whenever you make tacos or fajitas
Feel free to substitute chicken breast for the chik'n. Just sauté it until it is completely cooked through. If you wanted to marinate it in the spice mix and a bit of olive oil ahead of time that would really liven up the flavors.
The water acts as a deglaze and will pick up all the delicious bits from the bottom of the pan and infuse the chik'n with the flavors.
You can make these completely dairy free by skipping on the Greek yogurt or sour cream and instead using your favorite soy based cream cheese in the mix. I have done it both ways and they always turn out perfectly. 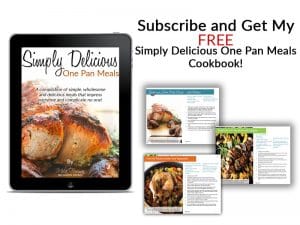 What People are Saying: 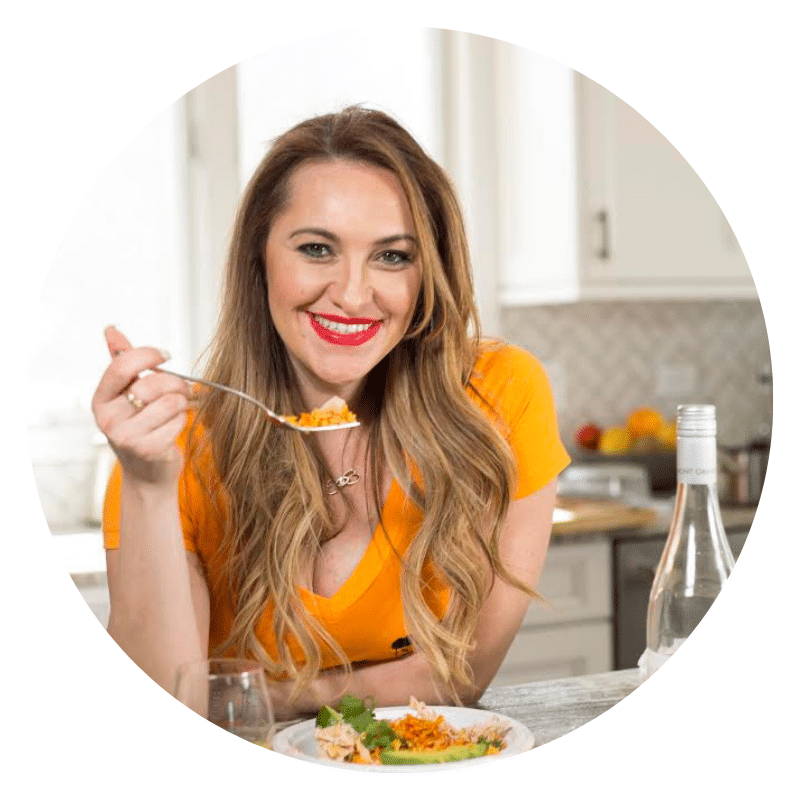 Hi! I’m Mila, the Girl and the Kitchen. And I believe in Good Food. Done Right. Having worked in many incredible restaurant kitchens as a chef, I know what it takes to make delicious, wholesome food with simple ingredients and bright flavors! I believe that anyone can make great-tasting food by knowing a few tricks of the trade. Come along as I teach you to prepare incredibly tasty and wholesome meals made with simple ingredients that are loaded with flavor in no time at all! 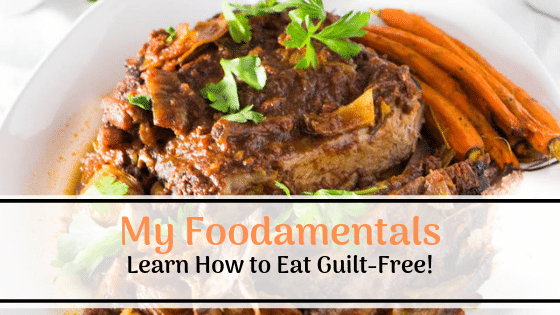 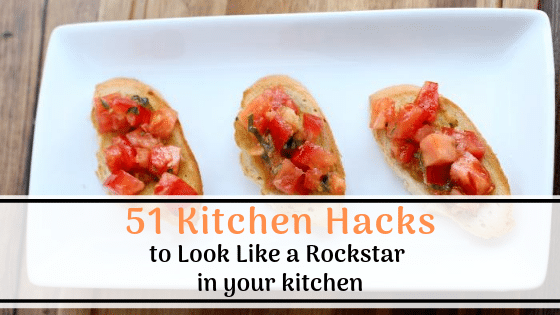 Find What You Need: